Wood you believe it 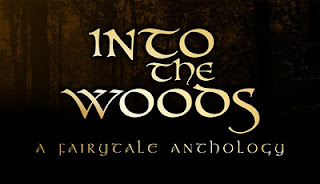 Although Alexi failed to conquer the world in 2011, he maintains that goal for 2012. One of the comics projects that he's involved with that will be released this year is Into The Woods.

Conceived of and edited by the stupendous Stacey Whittle (of Small Press Big Mouth fame) with design and production by the astounding Andy Bloor (of Accent UK fame), it's a really varied anthology of fairytale stories, ranging from the light and fun to the dark and eerie.

Alexi scripted a four-page story (somewhat towards the dark and eerie end of the spectrum) called 'Changeling' for the book. As the completion deadline approached, things were looking uncertain for this little tale (due to a couple of changes in the project's artist roster), but at short notice, to Alexi's immense approval, one of the most hotly-tipped artists currently working in the UK small press stepped in - Conor Boyle. Aside from being ruddy good, he's lightning fast and turned in some great pages that Alexi thought made a tricky story work really well.

Having seen much of the finished material, Alexi is mightily impressed with the high level of quality that's maintained throughout and urges you to pick up a copy when it's released at Cardiff International Comic & Animation Expo on 25th-26th February.