Puzzles. Life is full of them. Frustration and confusion abound, but then, hopefully: solution, coherence, progress, joy?

Cryptogram Puzzle Post is, frankly, probably the most interesting ongoing art project that Alexi has come across in years: an engaging narrative, based around themes of witchcraft, alchemy, occultism, combined with ingeniously interlinked brain-melting puzzle sequences (of the variety where working out what the puzzles actually are are the core of the puzzles), replete with evocative illustration and design. It's the work of Jack Fallows, who has, absurdly, kept the monthly schedule up for two years of befuddling delight. 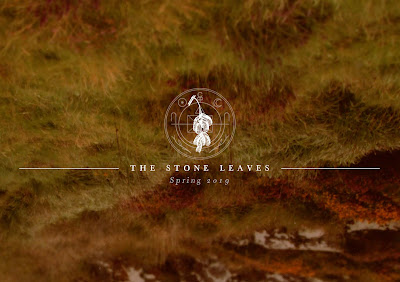 Alexi has been a huge fan of the project since the first issue, so was thrilled to be given an opportunity to script a guest season (of three issues). THIS IS HAPPENING, starting in March! The issues will feature guest artists (including Steve Larder) along with Jack's own prodigious talents, and Alexi is understandably wildly excited about how it'll turn out.

This season takes a diversion from the main story (and its protagonist, Anna) to focus on new character, Otto. Otto used to be a magic user of some substantial skill, but is now old and tired and alone. However, the past is not done with him, and an unexpected visitor sets him on a journey that will at times be confusing, ridiculous, perilous, and occasionally, hopefully, comforting. Also: it will involve numerous brain-melting puzzles.

Alexi finds almost all his creative endeavours to be anguished experiences of exasperatingly incremental progress, but trying to plan these issues has been the hardest creative challenge he's worked through - but also the most interesting. More blather about all this soon.

The Stone Leaves season of Cryptogram Puzzle Post runs in March, April and May 2019. You can order the season here (along with various options for individual issues and bundles), but why not consider subscribing to the Cryptogram Puzzle Post Patreon - you'll not only get the issues but also a load of bonus content including behind-the-scenes process posts and exclusive puzzle challenges!

Next: Part One and some further information about the project.
Labels: incoming, puzzles
Newer Post Older Post Home